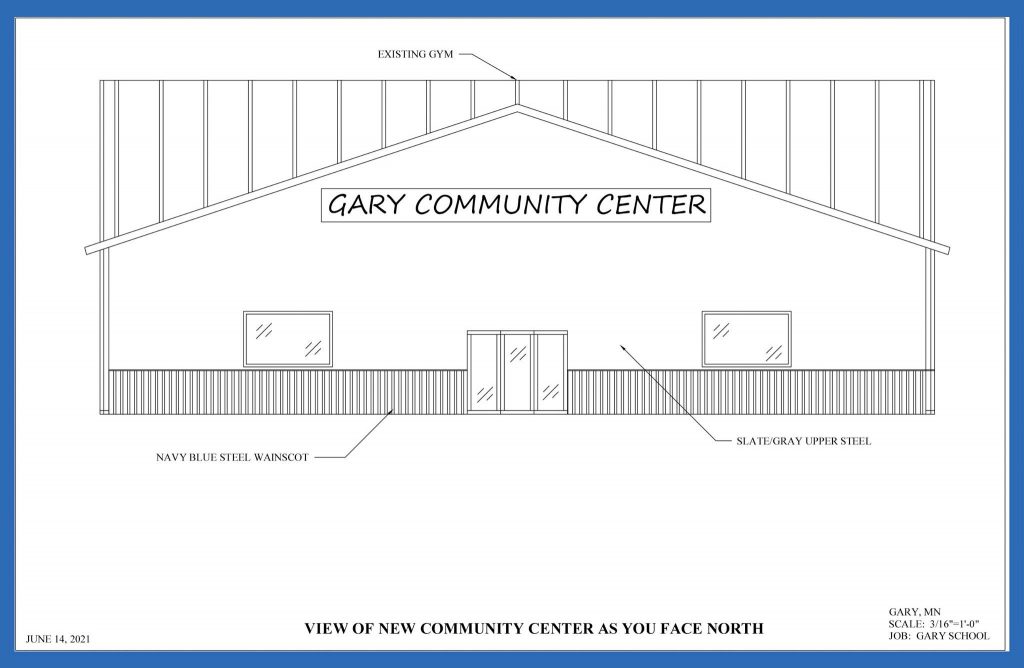 Gary, MN — The new Gary water tower and water treatment facility project is several months ahead of schedule and is nearly complete. The new facilities were not anticipated to go online until late this fall, but Gary Mayor Buck Engen says they plan to have them operational starting next week.

Progress is also being made on the proposed conversion of the old Gary school into the new Gary Community Center. Most of the school was demolished this spring, but Mayor Engen says they have finalized plans for the future of the building and now will begin the fundraising process to help with completion.

See the plans for the Gary Community Center below.

And this weekend is a big weekend for the city of Gary as Engen says they are bringing back their annual Gary Days.

The Gary Days Parade is schedule for this Saturday at 11am. Other events for the year’s Gary Days include a movie in the park, pork patty and brat feed at the fire hall, basketball tournament, street dance, and Gary Pines Scavenger hunt. More on this year’s Gary Days later this week on R & J News.