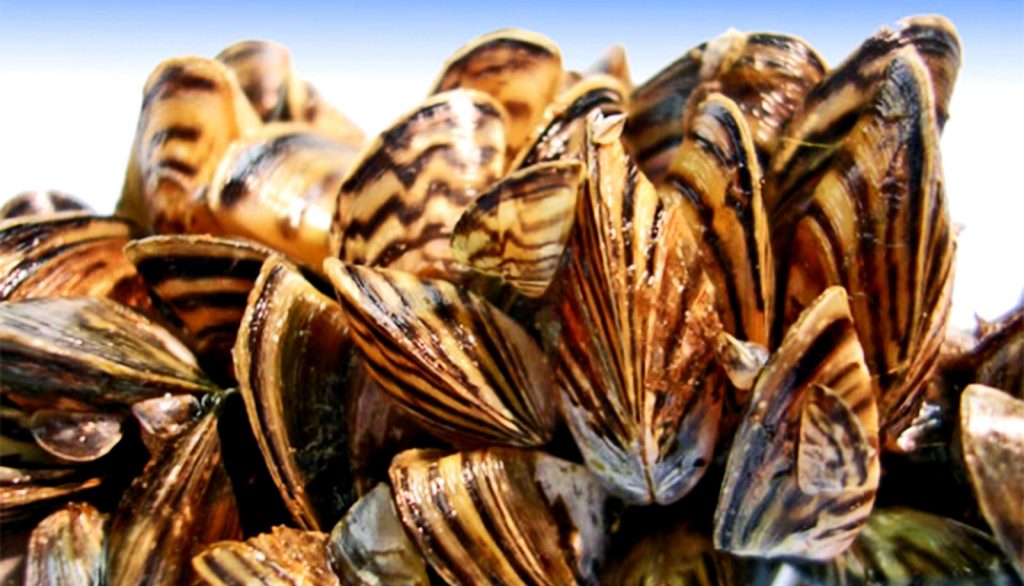 The Minnesota Department of Natural Resources has confirmed zebra mussels in Roe Mine Pit, near Riverton in Crow Wing County.

A property owner contacted the DNR after finding zebra mussels in Roe Mine Pit, which is a 24-acre lake with a public access. Roe Mine Pit is less than 100 feet across Rowe Road from Little Rabbit Lake, where zebra mussels were confirmed in 2006.

Zebra mussels are transported over land by human activity, and it is up to people to prevent the spread. It’s an important reminder to follow the state’s invasive species laws:

Some invasive species are small and difficult to see at the access. To remove or kill them, take one or more of the following precautions before moving to another waterbody:

Zebra mussels can compete with native species for food and habitat, cut the feet of swimmers, reduce the performance of boat motors, and cause expensive damage to water intake pipes.

More information is available at mndnr.gov/ais.

The Minnesota Department of Natural Resources has confirmed a report of zebra mussels in Pine Mountain Lake, adjacent to Backus in Cass County.

A swimmer contacted the DNR after finding a zebra mussel attached to a native mussel on a sandbar along the southern shoreline of the lake. DNR invasive species specialists found three more zebra mussels during a snorkel search in the same area.

“It’s helpful when lake users contact us if they find what might be an invasive species that’s new to a lake,” said Heidi Wolf, DNR invasive species unit supervisor. “Early detection is important, because it can help prevent spread to other lakes.”