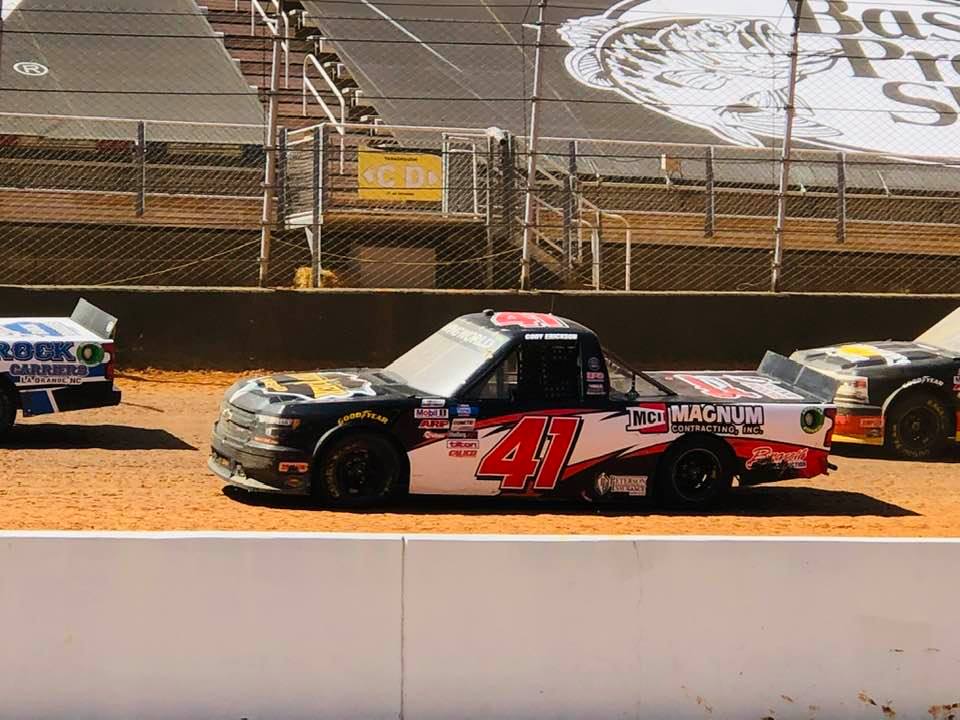 Ulen, MN — Ulen, Minnesotan’s Cody Erickson is back racing on the national stage tonight as he competes again in the NASCAR Camping World Truck Series, this time at Knoxville Speedway in Iowa. Erickson now has a handful of starts in the Truck series, with previous starts at Eldora and Bristol. Cody was able to gain valuable experience at his most recent run at Bristol Motor Speedway on dirt and that experience is leading into more confidence coming into tonight’s big event. Erickson also adds that he’s a lot more relieved knowing all the trucks will start the main event and that he won’t have to race his way in against several other desperate drivers.

Erickson has reasonable expectation being an underfunded team compared to the full time drivers on the circuit, but he feels a top 15 or top 20 would be a great finish for him.

Erickson won’t be the only local racer competing with the NASCAR Camping World Truck Series tonight at Knoxville. 10 time World of Outlaw Sprint Car Champion Donny Schatz of Fargo will make his truck series debut as well. Erickson will be in the #41 Truck and Schatz in the #17. Qualifying begins at 6pm with the main event starting at 7pm on Fox Sports 1.