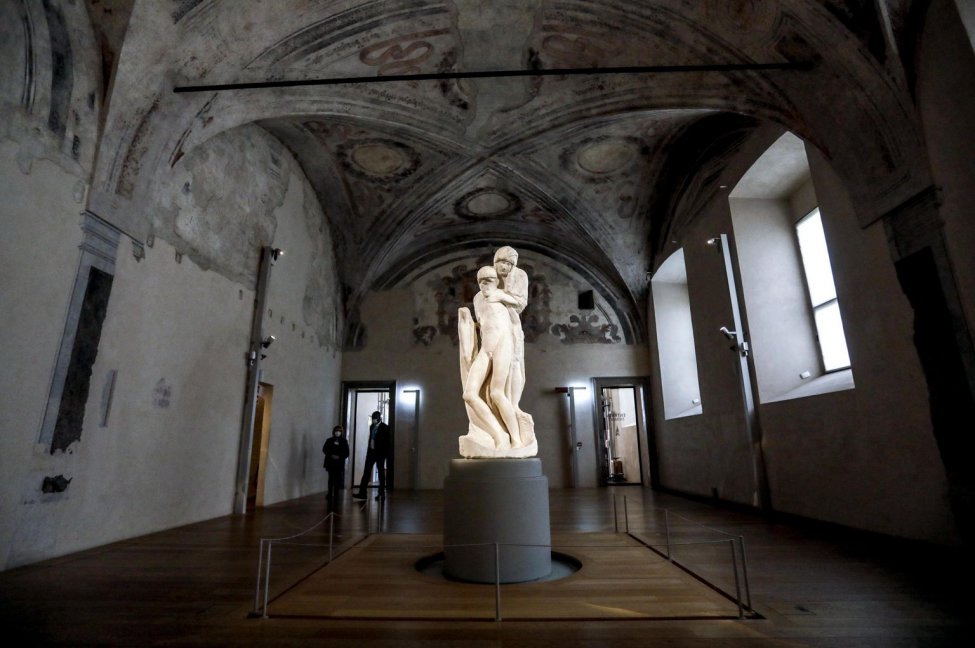 What may be Michelangelo’s thumbprint has been found on a small wax statue that he created 500 years ago. Museum experts at London’s Victoria & Albert Museum found the mark pressed onto the dark red figurine, which was a sketch for a larger unfinished marble sculpture. Titled “A Slave,” the figurine depicting a naked figure with an arm across its face was part of the Renaissance master’s preparations for Pope Julius II’s elaborate tomb in Rome.

“It is an exciting prospect that one of Michelangelo’s prints could have survived in the wax,” one of the V&A’s senior curators, Peta Motture, is quoted as saying in a BBC press release. “Such marks would suggest the physical presence of the creative process of an artist.”

Michelangelo destroyed many of his preparatory works. The proposed statue was just one of over 40 life-sized figures planned for the pope’s tomb, though plans were later greatly reduced. The sketch model is believed to have been created between 1515 and 1519.