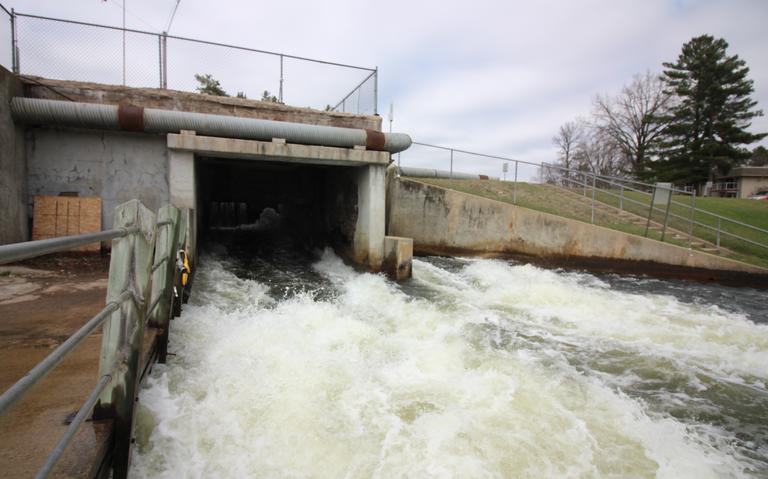 The bridge over the Pine River in the city of Pine River has been replaced, after more than seven years of planning, marking the first half of the project to remove and replace the bridge and dam, which was declared obsolete after the state performed an audit of river crossings following the Interstate 35 bridge collapse in Minneapolis in 2007.

The bridge closed in June for MnDOT project to replace the roadway over the historic Pine River dam. The city is responsible for the dam replacement, which will begin in October.

One major hurdle for the project was funding for damn replacement. The city and some citizen groups pondered options for many years before the 2014 feasibility study. Then, reflection included options for possibly repairing the dam instead of replacing it, with some effort going into determining whether the dam could be converted back to producing hydro-electricity. The idea proved infeasible, and in 2014 a rock riffle dam design was revealed.

The rock riffle damn includes large rock piles at several different heights, which provide a more natural path for water and fish to follow. These riffle designs are growing in popularity in part due to the return to a more natural flow, which allows fish to pass in both directions.

At first, the city wrestled with ways to pay for the project. But in 2018, the Lessard-Sams Outdoor Heritage Council awarded the city a grant worth more than $2 million to complete the project.

A more detailed construction schedule is unavailable at this time; however, Drown said more information will be available in the middle of the month, possibly including a construction completion estimate.