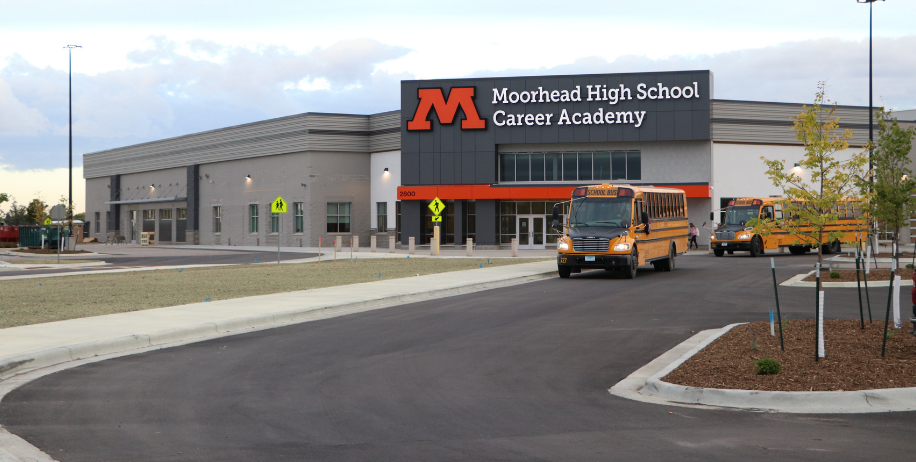 Moorhead, MN — The Moorhead School District is hosting a grand opening to give the public a first look at their brand-new Career Academy at the site of the former Sam’s Club in Moorhead. The Career Academy concept will allow students the opportunity to discover their passions, explore their options, and work toward certifications and gain real world work stills that will help propel them in whatever the future holds, according to Moorhead Superintendent Dr. Brandon Lunak.

The idea for the Moorhead Career Academy came from a visit to a similar facility in Bismarck. Dr. Lunak adds that when the former Sam’s Club Building became available, the district recognized the potential it had not just to house a career academy, but for future district growth as week.

The completion of the Moorhead Career Academy comes at an opportune time for the trade industry, which is in desperate need of employees. But as industry needs change, Lunak says they hope to work industry partners to evolve their programming with their needs.

Superintendent Lunak invites the public to the grand opening of the facility today at 1:30 to get a look at this exciting new addition to the Moorhead School District.

Listen to the full interview with Moorhead Superintendent Dr. Brandon Lunak below: