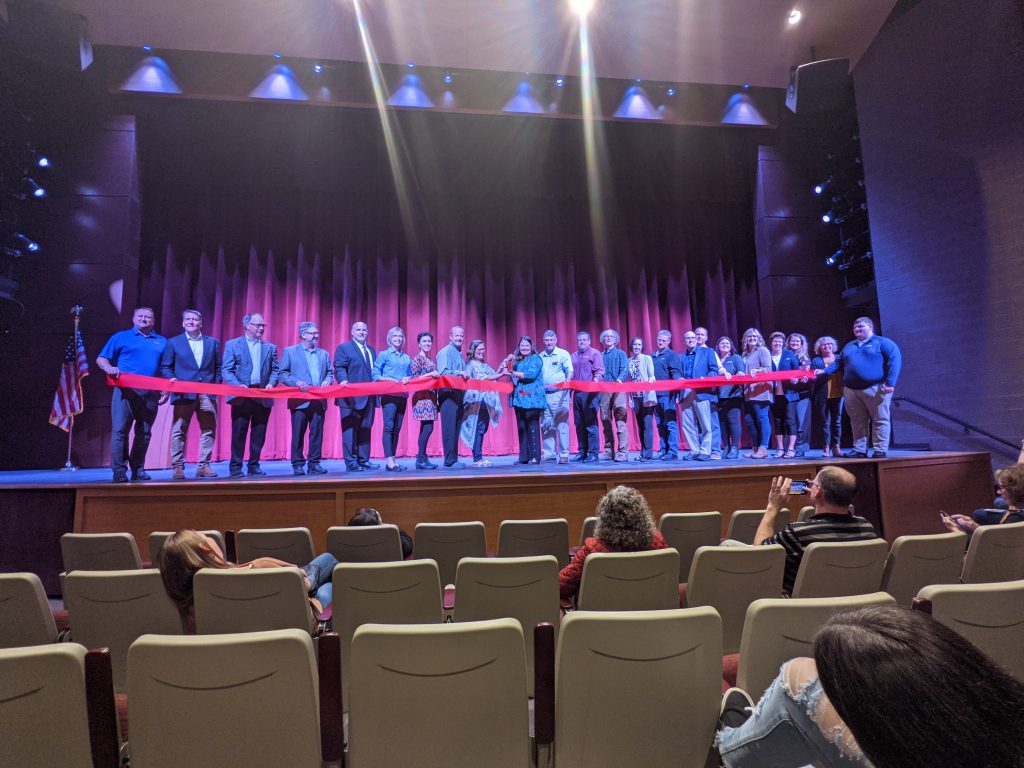 The night started with a vast array of delicious Hous D’oeuvres and desserts from Aviand’s, which is Pillager’s Pro Start Students.

After the welcome, current Pillager School Board President Sara Nagel shared many thanks to those making the project possible, and talked about the dream becoming reality for her.

Superintendent Mike Malmberg took the stage and the mic, and explained how the opening of the CTC Center was an ‘A-Ha Moment’ for him.

He further explained how, when the first attempt failed in 2017, we wasn’t about to give up.

Malmberg was followed by Kristi Westbrook, CEO and General Manager of CTC, who first shared a story of her days performing for her school, and what the new CTC Center means for today’s Pillager students.

Westbrook then told of how CTC fully supported the idea to partner with Pillager Schools immediately.

Following the speakers, the ribbon cutting was performed on stage, followed by music from the Pillager Chamber Choir, a Pillager student band – “Pyramid Scheme”, and local musician Seth Doud.

Some highlights of the brand new CTC Center are: 400 seat capacity, state of the art sound and lighting, opportunities for students to have hands-on experience working in an auditorium theatre facility, large screen for movies, live events and online presentations, and it’s available for rent for private or community events.

Kat Perkins, who was a finalist on NBC’s “The Voice” performed the first official show at the CTC Center last night, and acclaimed A Capella group Tonic Sol-Fa takes the stage Saturday night.

Find out more about the CTC Center at ctc center dot org. You can hear the full speeches from the speakers with our story at rjbroadcasting.com