It’s winter season and bathing seems like a task, doesn’t it? Well, how long can you go without showering? A day or two maximum? Turns out, you are nowhere close to this man who hasn’t bathed in over six decades.

Amou Haji is an 87-year-old man and he hasn’t taken a bath in 67 years. He resides in Dejgah which is a village in the Kermanshah province of Iran. He also looks like the Biblical Moses who fell down a chimney. 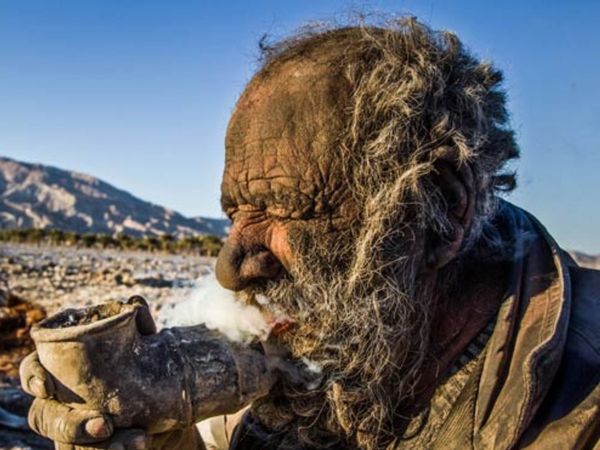 He is always covered in ash and dirt. He hasn’t taken a bath for nearly seven decades because he is scared of water. He is of the belief that if he will bathe, he will fall ill.

What is even more unusual is that his diet consists of rotten meat of dead animals, especially porcupines. He also enjoys smoking but it is not tobacco he prefers. He likes to smoke animal feces out of a rusty pipe.

According to Tehran Times, Haji decided to live an isolated life after he went through some emotional setbacks in his youth. 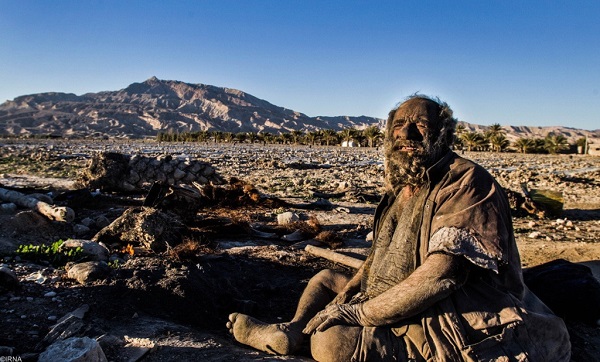 He wears a war helmet not to fight off enemies but to keep him warm during winters.

He finds unusual places to live, in like a hole in the ground resembling a grave, or an open brick shack built by people who felt bad for him. He also drinks five litres of water every day from a large rust tin can and trims his hair by burning them over a fire.