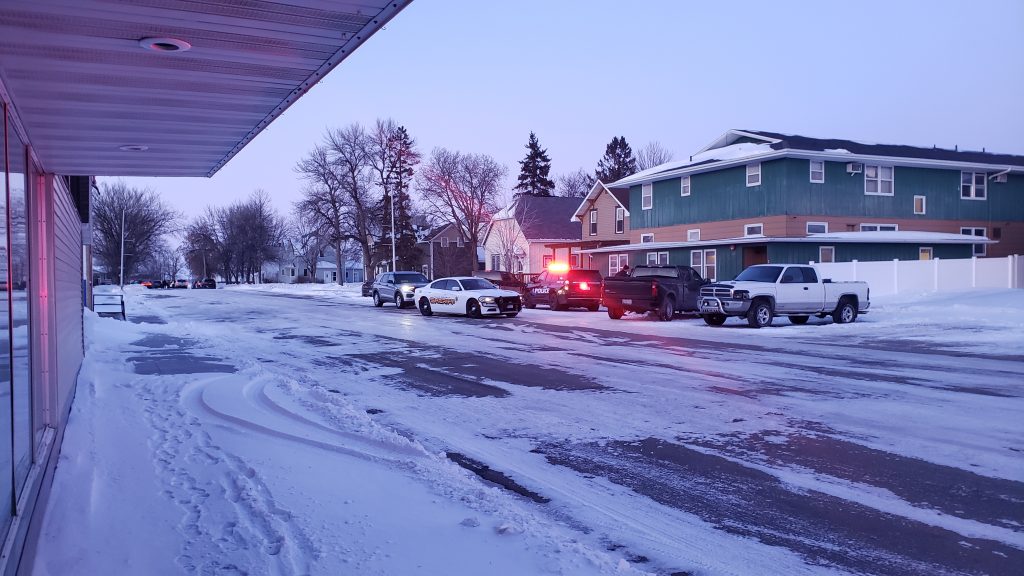 Press Release
At approximately 15:55 hrs the Norman County Sheriff’s Office received a 911 call reporting a possible shooting in the 200 Block of 2nd Ave W in the City of Halstad.Upon arrival of officers from the Norman County Sheriff’s Office and the Ada Police Department they found a female victim with injuries to her head. She was air lifted to Sanford in Fargo for her injuries.Suspect 32 year old Jeremy Daniel Koste was arrested at 17:56 hrs at an apartment building in the 200 block of 1st Street N in Halstad. Koste was arrested for 1st Degree Burglary, 2nd Degree Assault, and 5th Degree Assault.While at the apartment building on 1st Street N, Koste broke into an apartment and assaulted the male occupant who was known to him. Upon investigation it was found that there were no firearm involved in the incident and that Koste forced his way into the victim’s apartment and assaulted her that involved no weapons. The Victim and suspect were known to each other.

A suspect is in custody following an apparent shooting at an apartment complex in Halstad on Wednesday afternoon, February 2nd. The shooting incident occurred around 4pm at the apartment complex located at 228 2nd Ave W. According to sources, the suspect was then seen leaving the scene heading north on foot. A shelter in place was then issued for the City of Halstad. At around 5:30pm, law enforcement appeared to have a location surrounded about 1 block north of the initial crime scene. The suspect, 32 year old Jeremy Koste of Halstad, had been taken into custody by 6pm. The shelter in place was removed around 6:30pm.

No information has been released regarding the victim’s name or status.

In addition to the Norman County Sheriff’s Office, officers from Clay County, Minnesota State Patrol, and the City of Twin Valley were all on scene.