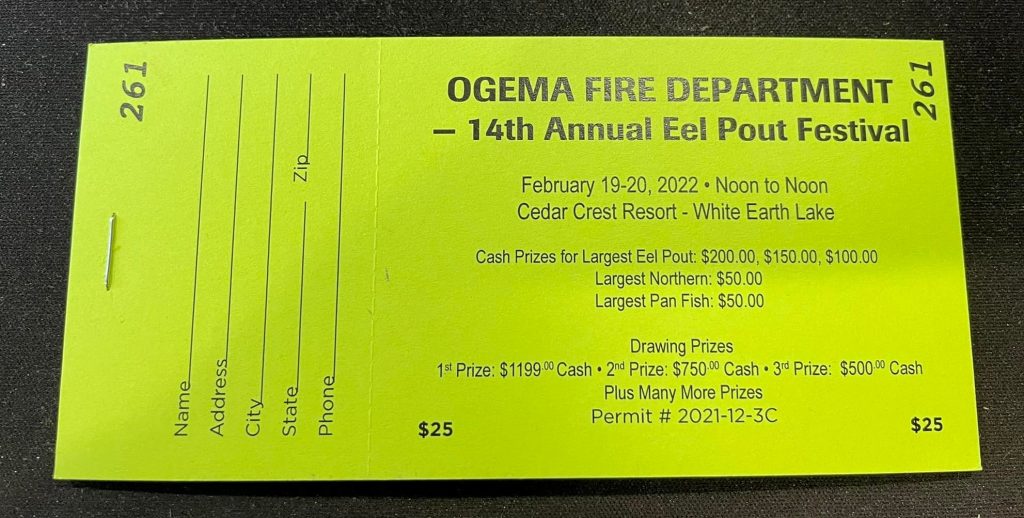 Ogema, MN — The Ogema Fire Department is hosting their 14th annual Eel Pout Festival this weekend on White Earth Lake out of Cedar Crest Resort. It’s a 24 hour event that goes from Noon Saturday, February 19th until Noon on Sunday, February 20th. Admission into the festival and fishing derby is $25, which gets you in the running for several cash and door prizes, as well a chance at cash prizes for biggest fish, according to Ogema Fire Chief Jordan McArthur.

With a majority of the people coming to the Eelpout Festival camping on the ice in their fish houses, McArthur notes that they’ve been working hard to plow roads and make sure there are spots available to set up.

Through fundraisers such as this, as well as other raffles and gaming, McArthur says it greatly helps the Ogema Fire Department in being able to acquire new equipment and better serve the needs of the community.

And McArthur reminds those who are at this event or ice fishing somewhere else to avoid fire risks and always have a fire extinguisher handy in their ice house.