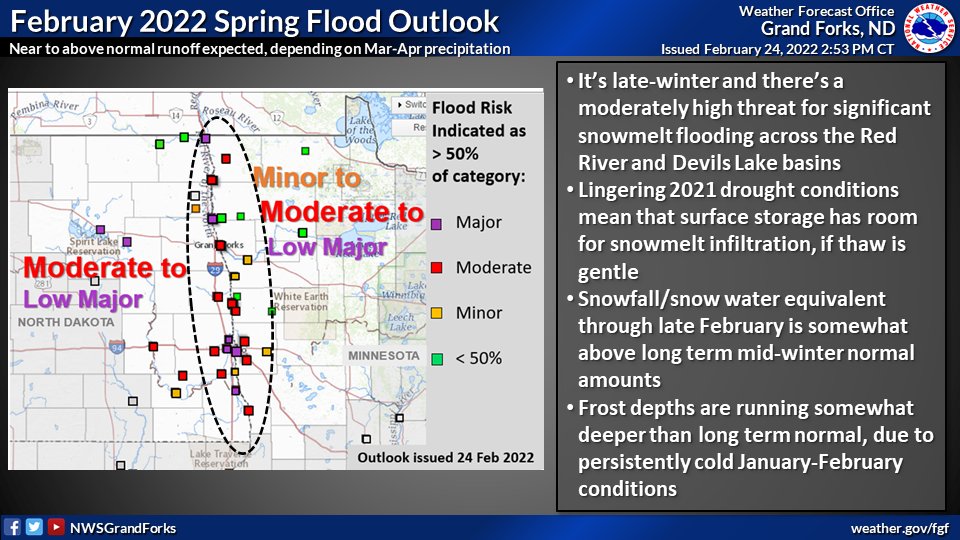 Grand Forks, ND — The National Weather Service in Grand Forks released their most updated 2022 Spring Flood Outlook on Thursday afternoon, and as might imagine, the risk for major flooding has increased. Hydrologist Amanda Lee with the National Weather Services says with exception to some of the tributaries, the risk for significant flooding is overall higher than historic averages, especially along the Red River.

Signs are pointing towards a slower thaw at this point. Lee says the next 14 days will remain average or colder than average with normal precipitation.

The next Flood Forecast is scheduled for March 10th.