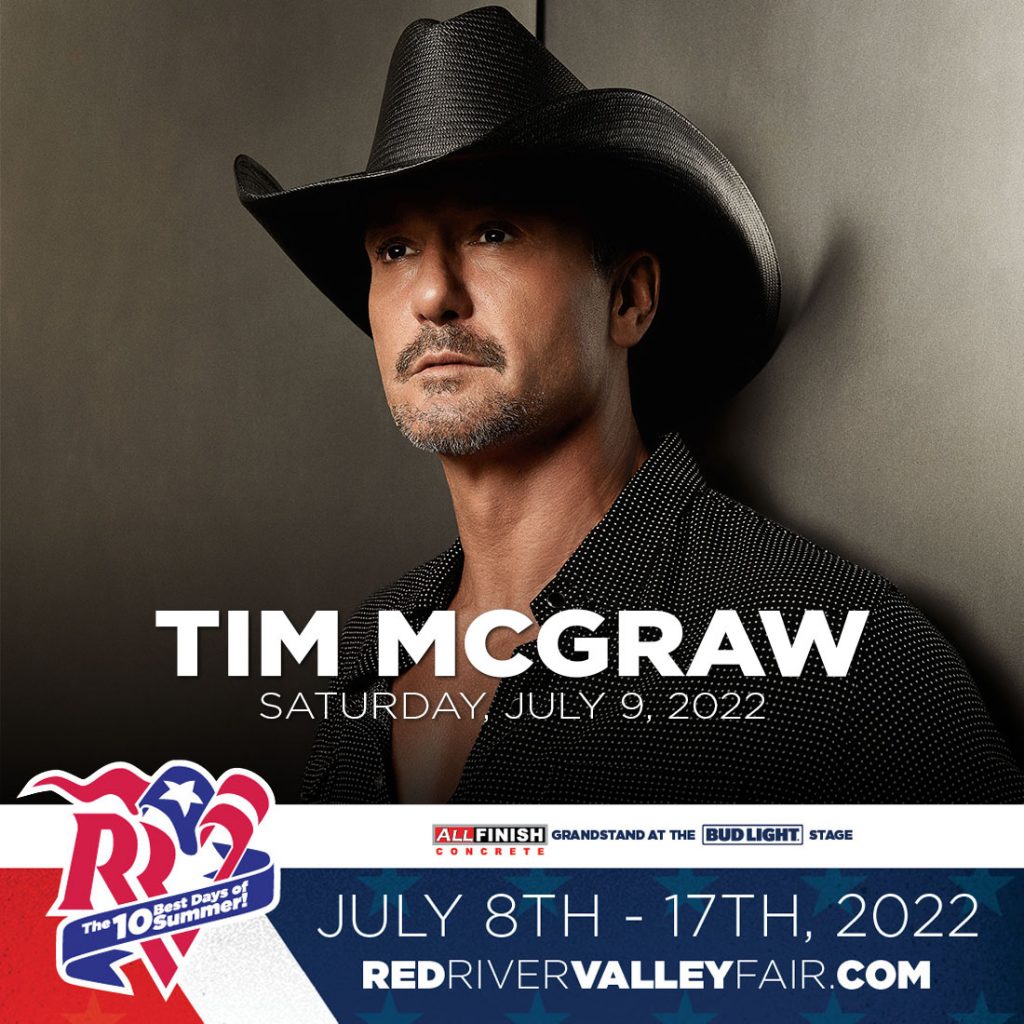 Tickets for Tim McGraw go on sale this Friday at 9am on the Red River Valley Fair website. Birkemeyer says they’ll range from $55 to $90 and will likely sell fast.

Tickets purchased in advance will include your gate admission to the fair as well. Other acts previously announced include southern rockers 3 Doors Down on July 8th, Christian pop artists for King and Country on July 14th, and hair metal acts Vince Neil, Great White, and Vixen on July 16th. There are still six more grandstand events to be announced for the Red River Valley Fair and the “10 Best Days of Summer.”