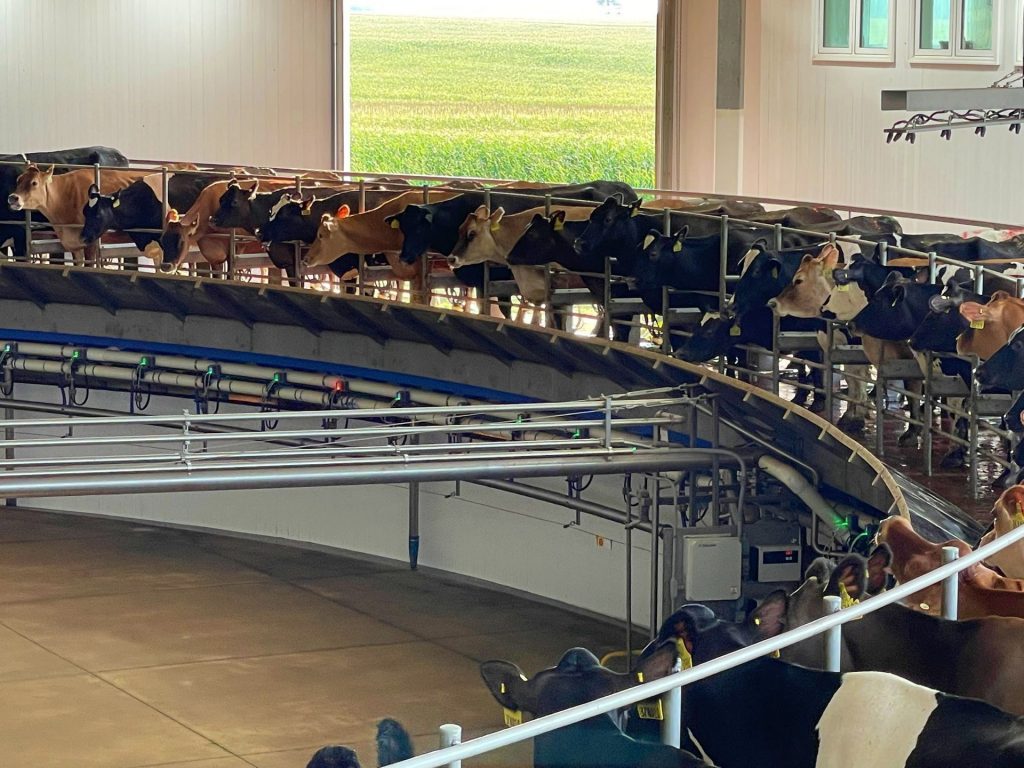 Waukon Township, MN — Construction on the new 10,000 head dairy facility east of Gary in Waukon Township has slowed down during the winter months, but will ramp up again at full speed sometime in the next few weeks. Ron Visser of Riverview LLP, the parent company of the Waukon Dairy, will be one of the team members overseeing the facility when it becomes operational this summer. Visser says they’ve had a smaller construction crew during winter months, but they’re still making progress.

Overseeing the Waukon Dairy will be a homecoming for Visser. Ron is a Norman County native and he and his management partner Javier are excited for the opportunity at this facility.

Visser adds that while most of the employees are on work visas, Riverview offers excellent advancement opportunities and many stay with the company for a long time.

Riverview has a pretty hard deadline of June 20th to start milking cows at the 160-acre facility. The barn is roughly a quarter mile long and will house 9500 dairy cows for milking and another 1000 dry cows. There are two 70,000 gallon stainless steel silos at the Waukon Dairy and they will produce enough milk to fill one of those a day, which equates to around 8 ½ tanker trucks. The milk is slated to go to a cheese plant in Perham.

The Waukon Dairy is being constructed 6 miles east of Highway 32 on the northside of Highway 200.

Listen to the full interview with Ron Visser of Riverview LLP below.