City of Fosston Builds Police Force from Ground Up 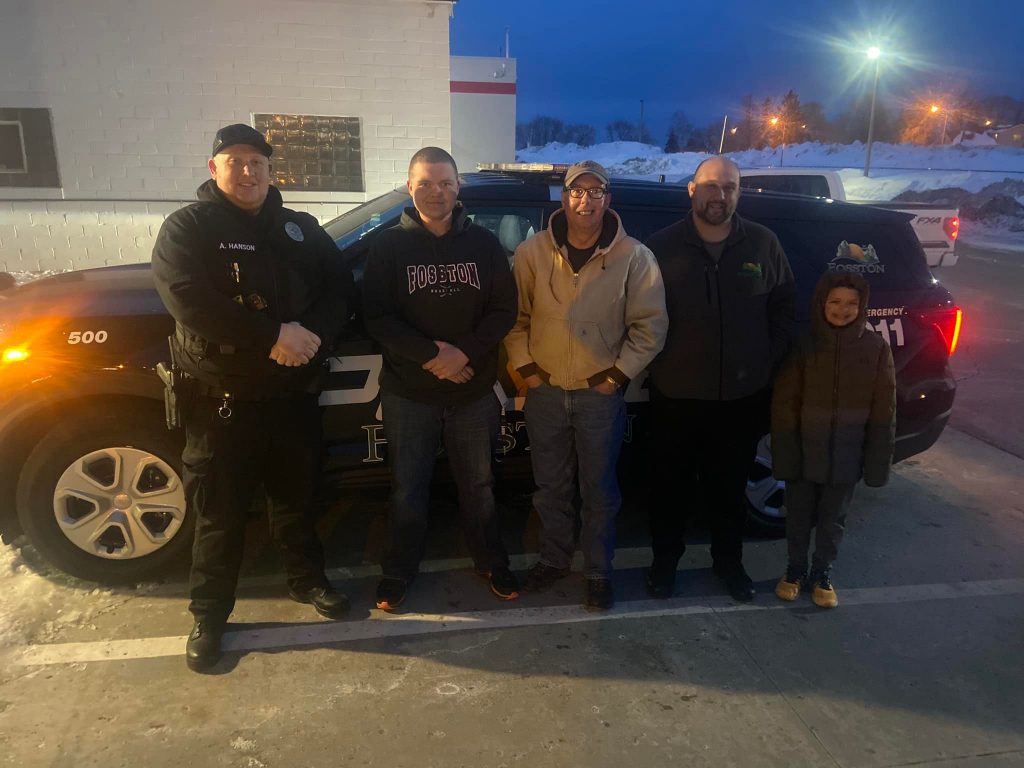 Fosston, MN — For more than 20 years, the City of Fosston had lived on without its own local police force patrolling the city streets. That all changed this past fall when the City Council voted to bring it back. The council hired Dustin Manecke, a Fosston native and previous member of the West Fargo Police Department, to head the department as Chief of Police and build a force from the ground up. Chief Manecke, who joined the KKCQ Food for Thought Program on Monday, says from finding staff to purchasing equipment, there were a number of challenging with starting from scratch.

A big focus of the new department will be community involvement and not just writing tickets, according to Manecke. The department has already implemented two programs that he says will back up that standard of community policing.

Previously, the City of Fosston contracted the Polk County Sheriff’s Office for their law enforcement services but having their own force will allow for an increased presence and more community interaction. However, despite dropping their services, Chief Manecke states that the City of Fosston and Polk County will work together and maintain a positive relationship.

The City of Fosston currently has three full-time officers and is in the process of hiring a fourth, plus a part time officer as well.

Listen to the full interview with Fosston Police Chief Dustin Manecke from the KKCQ Food for Thought Program below: