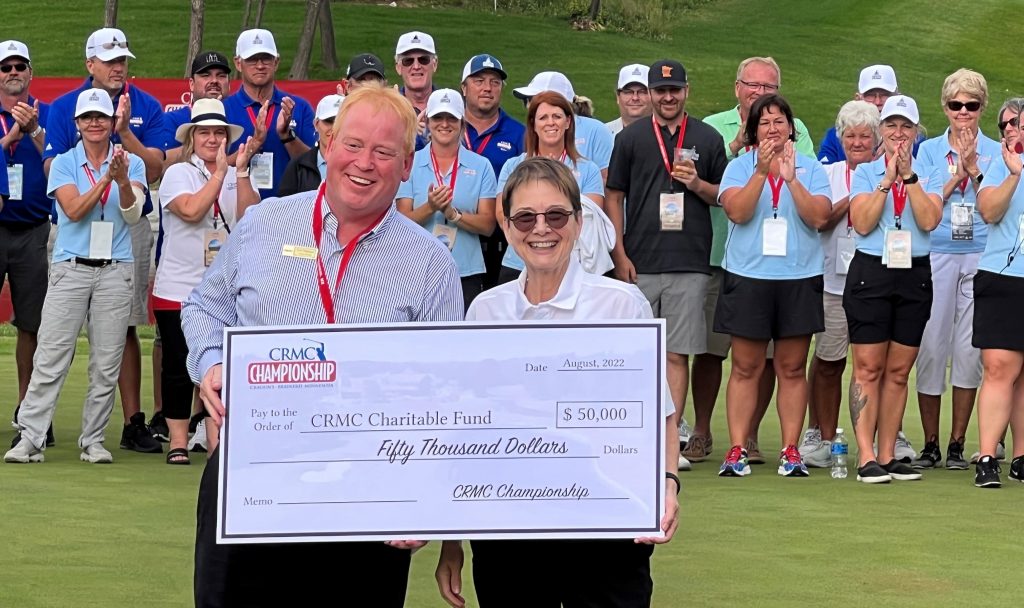 A total of $50,000 was donated to Cuyuna Regional Medical Center’s Charitable Fund from proceeds of the PGA Tour Canada CRMC Championship event at Cragun’s Legacy Courses in Brainerd last week. All the funds will assist area patients with their health care needs. One hundred and sixty golfers from around the world played in the tournament, which was won by Jake Knapp of Costa Mesa, Calif. The CRMC Championship is estimated to have had a $3 million economic impact on the Brainerd Lakes Area. Pictured with the honorary check is CRMC CEO Amy Hart and Cragun’s General Manager Eric Peterson.