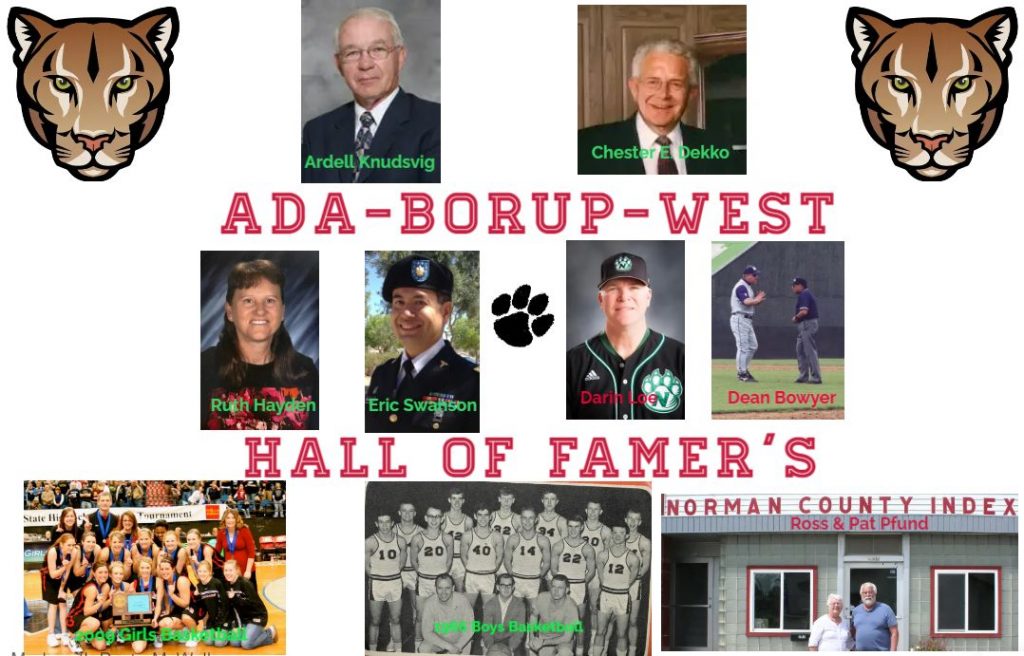 Interviews with this year’s Hall of Fame class can be heard throughout the day on Friday as well on 106.5 KRJB. Saturday’s induction ceremony at the Ada-Borup-West High School Auditorium will be live streamed online at YourLiveEvent.com!

The committee is now taking nomination forms for next year’s class as well. Nomination forms can be picked up at the school or found on the school website. Please contact Kenley Wahlin if you have any questions.