Smoking Related Fires Top Cause of Fatal Fires in MN 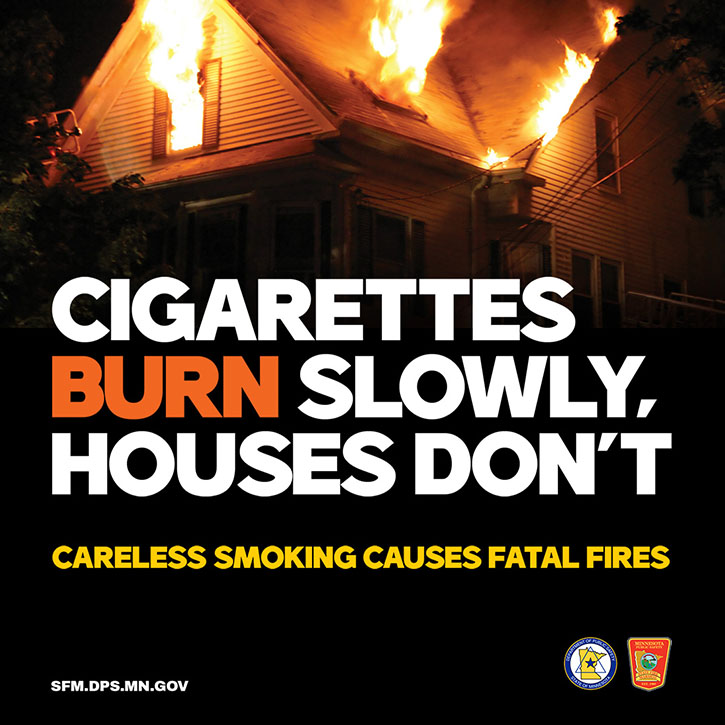 Lake Park, MN — With smoking related fires being the number one cause of fatal fires in Minnesota and across the nation, Lake Park Fire Chief Dave Coufal is urging smokers to be more cautious about their smoking habit to prevent future tragedies from occurring. Coufal says he’s not aiming to stop people from smoking, but instead encourage them to discard of them of properly. He says too often, discarded cigarettes are thrown out the window of vehicles or placed into containers that are easily combustible given the right circumstances.

The National Fire Prevention Association recommends using a deep sturdy ash tray to discard cigarettes and keep it away from anything that can burn, avoid discarding them in vegetation such as potted plants, and make sure they are out by dousing them in water or sand. Coufal adds that if you accidently start a fire by smoking, you are not only unnecessarily risking your life and property, but the life and property of others as well.

You should also keep cigarettes, lighters, matches, and other smoking materials out of reach of children.

Most deaths result from fires that started in living rooms, family rooms and dens, or bedrooms. Much of the time it is started by someone falling a sleep with a lit cigarette and Coufal recommends to go outside and have that last puff before retiring for the night.

According to the NFPA, one out of four victims of smoking-material fires is not the smoker whose cigarette started the fire.