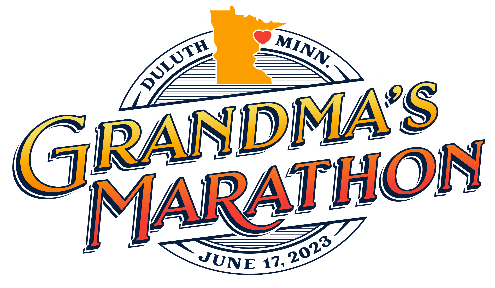 (DULUTH, MINN.) — Registration will open on Saturday, October 1 for the 2023 Grandma’s Marathon weekend, which hosted more than 20,000 runners this past summer in reaching the organization’s first total sellout since 2016.

Helped by wonderful weather for runners, the 2022 race weekend saw perhaps the event’s highest-ever number of personal records run across the weekend’s three races – Grandma’s Marathon, the Garry Bjorklund Half Marathon, and the William A. Irvin 5K.

“It was certainly quite the return to the Grandma’s Marathon weekend we’re all used to around here,” said Marketing & Public Relations Director Zach Schneider, referencing two years of alterations to race weekend due to the COVID-19 pandemic. “Our participants, volunteers, and community members all deserved a race weekend like that after all they’ve been through, and now we feel as an organization that the bar’s been raised even higher headed into 2023.”

The 2023 Grandma’s Marathon is scheduled for June 15-17, and registration for the weekend’s races will open on a first-come, first-served basis at 7:00 p.m. CT on Saturday, October 1. To register or to find more information, please visit grandmasmarathon.com.

All Grandma’s Marathon weekend races are subject to a tiered pricing system, as outlined below, so early registration is strongly encouraged. There will be virtual options for all of the weekend’s races, as well.

For those interested in the ultimate running experience, the Great Grandma’s Challenge is again being offered as part of the 2023 race weekend. Challenge participants will start with the William A. Irvin 5K on Friday night and follow that with either Grandma’s Marathon or the Garry Bjorklund Half Marathon on Saturday morning.

All registered runners, in any of the events, will receive both a finisher shirt and medal after they complete their race(s), as well as a free drink coupon that can be redeemed at Bayfront Festival Park during race weekend. NOTE: For the first time ever, Great Grandma’s Challenge participants will receive a specialized Challenge medal, as well as the two individual event medals, after finishing their marathon or half marathon on Saturday.

In addition, anyone registering for any of the weekend’s events on or before December 31 will have the option to purchase a commemorative jacket, produced by Storm Creek, for a discounted price of $40 (MSRP $65).

Also, in celebration of the 30th anniversary of the William A. Irvin 5K, all registered runners for that race will receive a free pair of commemorative Fitsoks.

The 2023 race weekend will also feature several community events and activities that are open to the public, including free live music and entertainment at Bayfront Festival Park on Friday night and all day Saturday as well as the Essentia Health Fitness Expo, Michelina’s All-You-Can-Eat Spaghetti Dinner, and Whipper Snapper Races for Kids.

For any interview requests or more information, media is invited to contact Marketing & Public Relations Director Zach Schneider via phone at (218) 343-9874 or via email at zach@grandmasmarathon.com.