R & J Behind the Music: Mike Skurek – The Legend Behind the Turdy Point Buck 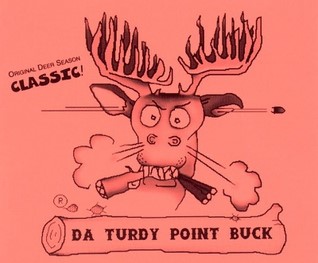 Wisconsin – Some Turdy-Some Years ago, one of the greatest hunting songs about a fictional monster buck was written and the playlist on the way to deer camp has never been the same again. In celebration of huntin’ season, Mark Askelson of R & J News was able to track down the writer of the iconic tale known as “Da Turdy Point Buck”, Mike Skurek, for an exclusive interview. Skurek, who embarrassingly admits he’s never actually been hunting, got the idea for the song while up in the UP as a fun way to spoof his beer drinking, deer camp loving friends.

Skurek says when he went into the studio to record the song, much of it was actually improvised.

After he recorded the song, Skurek assumed that would be the end of it and it would mostly just get played amongst friends. However, the tune quickly became a local smash-hit before eventually making it into the hands of well-known, national radio DJ named Dr. Demento. That’s when Da Turdy Point Buck became an overnight sensation.

The song has made Skurek a local Wisconsin celebrity still to this day. He says its pretty humbling to see how much joy and laughter it continues to bring to others.

While Skurek didn’t actually have any involvement with Da Turdy Point Buck, Take Number 2, he does continue to write and produce music in his spare time.

Listen to the full interview with Mike Skurek below: