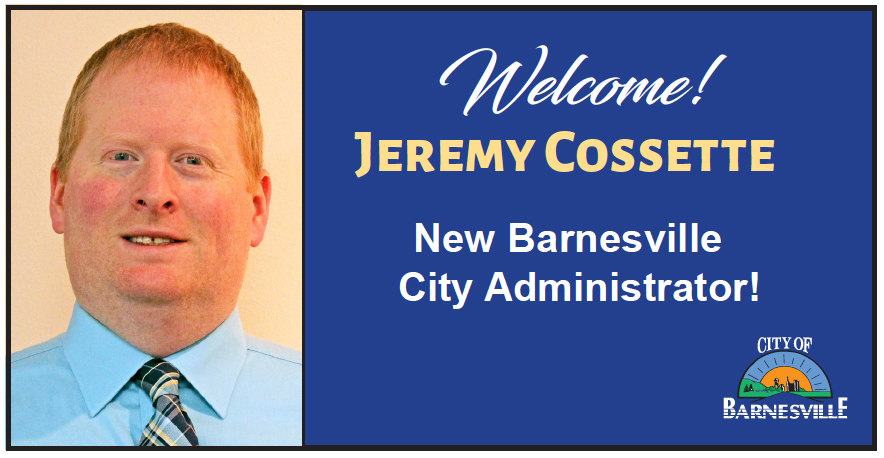 Barnesville, MN — The City of Barnesville is welcoming its new City Administrator! Jeremy Cossette was hired on December 21st and had his first day on the job last week. Cossette, a resident of the city of Barnesville for the past 17 years, comes from a law enforcement background, but also a great deal of administrative experience as well.

Given the climate of law enforcement and being a Barnesville resident, Cossette was drawn to the City Administrator position.  Already familiar with the community, Cossette says it’s been a smooth transition thanks to the great city staff.

Cossette says he’s looking forward to less drive time and more time with family in this new position. He’ll also have a lot of his plate already with a couple of major projects in the work in the City of Barnesville.

The previous City Administrator position was held by Brenda Andrews. The Barnesville City Council chose not to renew her contract in October.